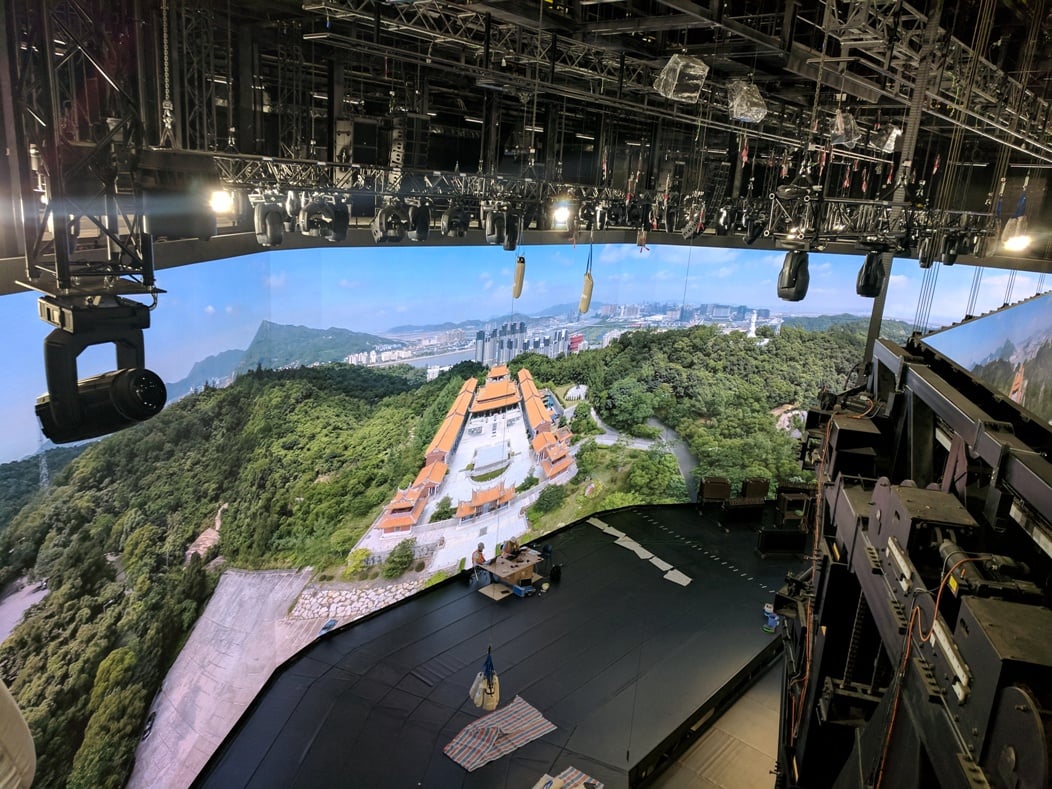 The MGM Cotai Theater is part of a multi-purpose performance space that can be configured for a wide variety of uses. A key feature of the performance space is the Theater Video Wall System (approximately 12m tall by 67m long), which includes two primary spatial configurations (Immersion & Proscenium) and a number of local access areas. On this project we have been contracted to engineer, build and deliver a system of moving/shifting Walls/doors and LED panel support. The system consists of seven major elements: The Static Wall structure, the Horizontal Sliding Wall, the Horizontal Sliding Platforms, the Pivot Walls, the Egress Panels, the Vertical Sliding Panels and the Header.

The Static Wall structure main role is to support the static LED modules, as well as some ot the moving LED wall elements.

The horizontal sliding wall, located in the center of the stage, moves away from the Static wall to create a way out through the wall. The sliding Wall has two independent bogey frames that are tied together with a single transition frame. The two bogey frames are actuated by a single electric motor and joined using a coupling shaft.

The two Horizontal Sliding platforms located at the low catwalk level, one on either side of the stage, just upstage of the Vertical Sliding Panels. When the Vertical Panels are raised, the platforms can extend onstage through the opening in the Static Wall Structure to create a cantilevered playing area. The two adjacent Vertical Sliding Panels, one on either side of the stage, travel vertically along guide tracks built into the Static Wall Structure and act as an open/close door for the Horizontal Platform. Each Vertical Panel has a “bogey” frame and a transition frame. The transition frame moves independently of the bogey frame and is capable of precise micro-moves to ensure alignment of LED modules. Each Horizontal Sliding Platform and each Vertical Panel is capable of being operated independently of one another.

The four Horizontal Sliding Panels for Egress in the theater design, which travel away from the plane of the LED Wall up/offstage in order to create exit paths behind the LED Wall.

The proscenium Header is approximately 17.5m long and 4m tall. The header move up and down to complete the proscenium configuration with the pivot walls when they rotate onstage to become the side wall sections. 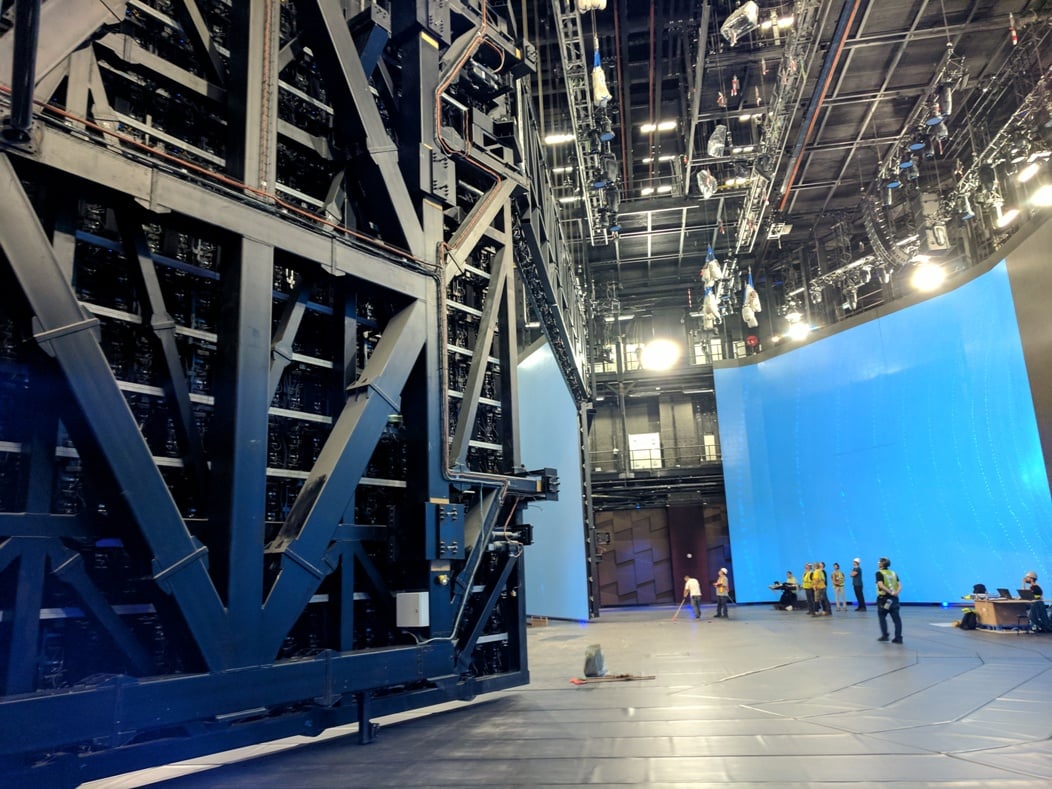 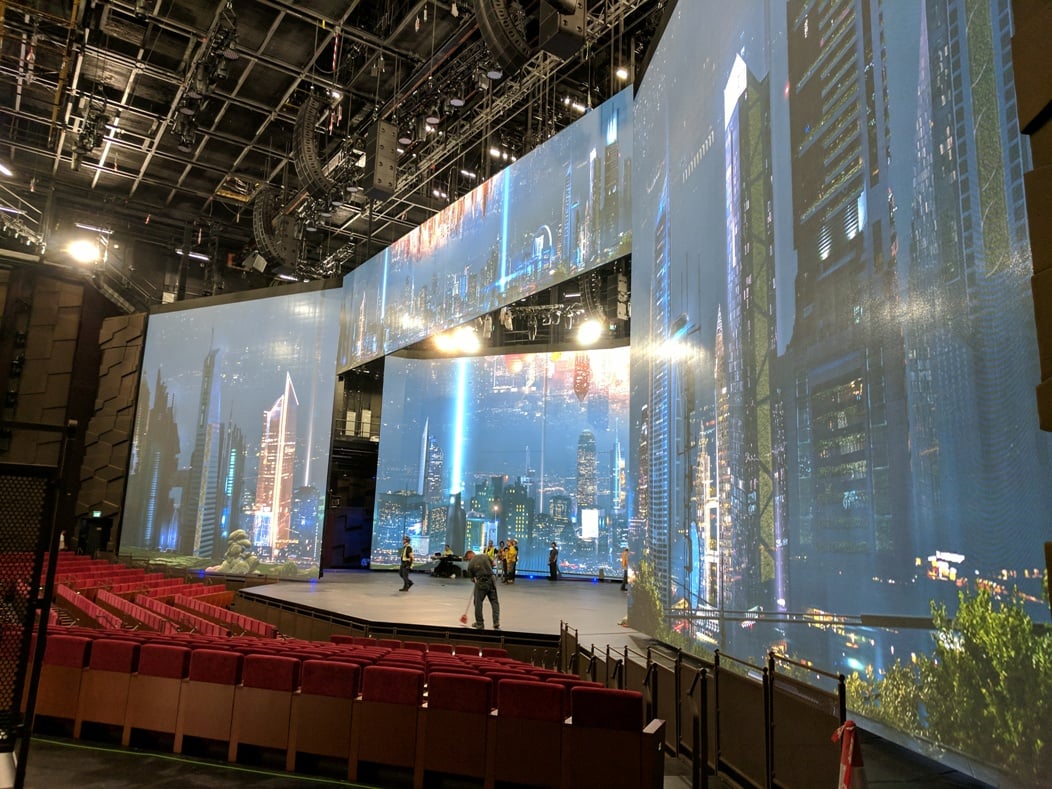 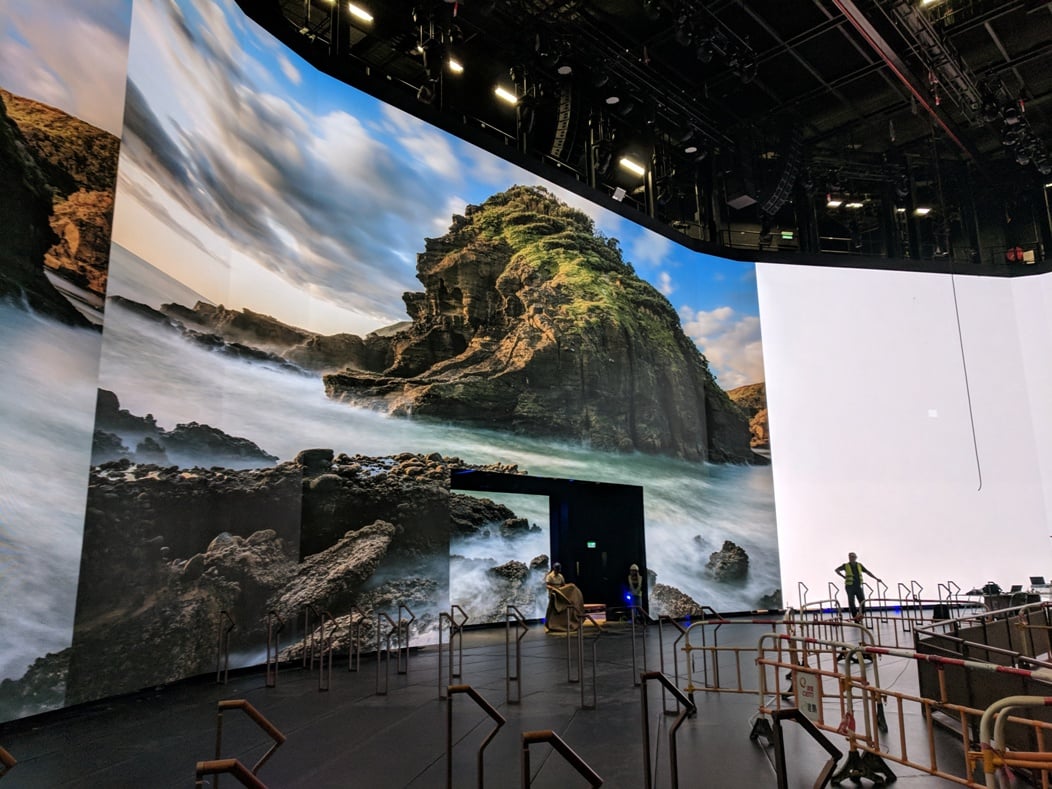