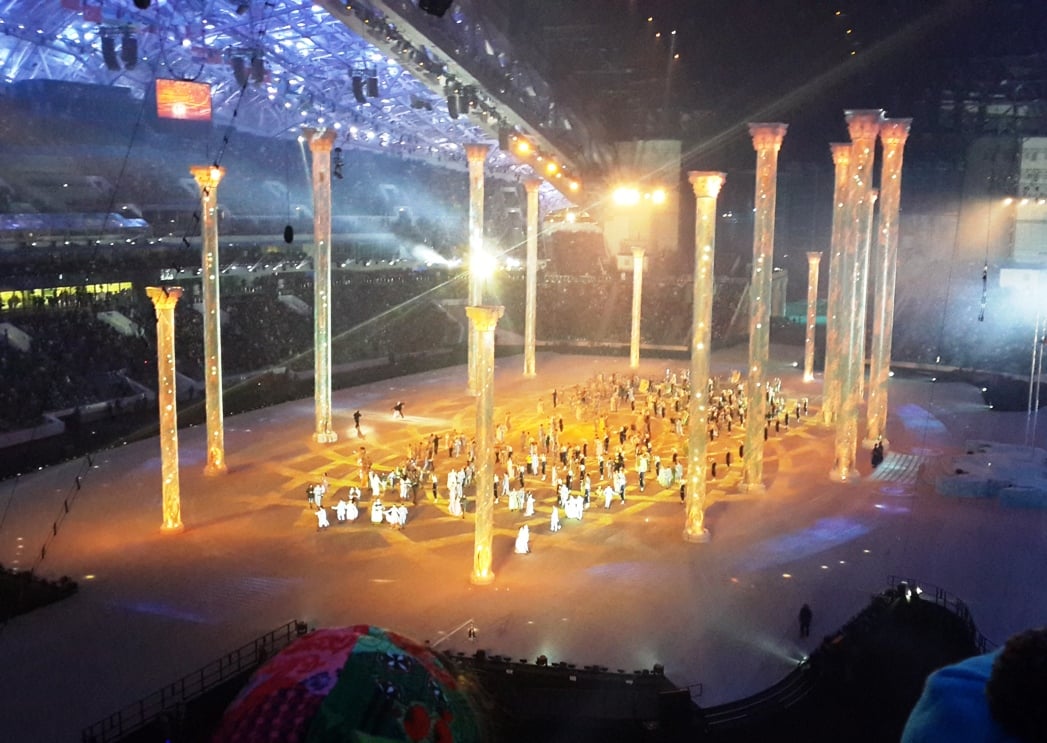 14 immense illuminated columns emerging swiftly from under the stage contributed into creating a stunning dramatic effect in the show. The height of columns was 52.5 ft for the smallest columns and up to 98.5 ft for the tallest ones. A part of our challenge was to make the whole column fit under the stage when not used as the clearance between the lift platform and the stage was 7 ft 10 in. In order to achieve that, the top of each tallest column had to be divided into 4 pieces that open just before being stored to take less space.

The 14 Columns are installed on lifts. Each one is composed of one lifting platform and a garage door style trap. The door slips on UHMW rails, then the lift can travel 9 feet, from under stage to top level. The lift is driven by two motors (30 HP each). The difficulty was to make a strong and compact model easy to be packed in containers. Structural calculations and many FEA simulation analyses were made on all the components. A physical prototype was built to validate the concept. Both lift and trap have a maximum traveling speed of 3 fps. 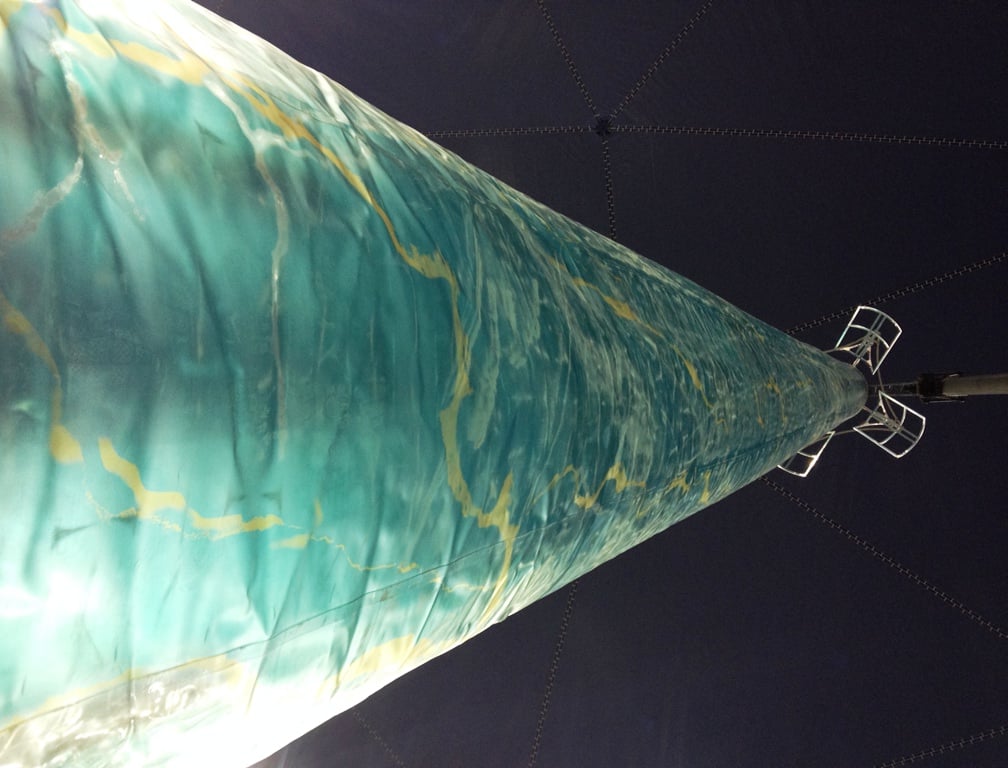